Click the Event button to find shows near you! 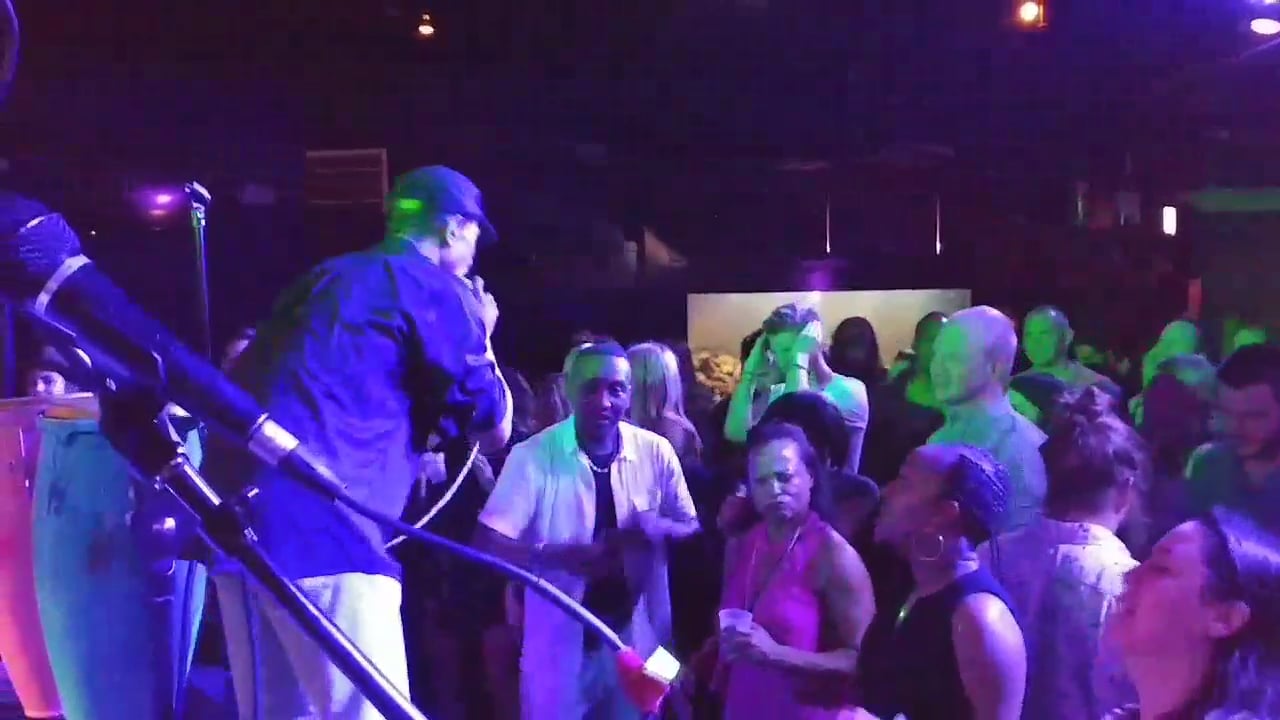 Sign up to hear from us about specials, sales, and events.

Buy our music/Support the Band! Check back for updates regarding Events postponed because of Covid!

The EP for 2019/ SOLD OUT....Available on iTunes.New Single: Funkin Around coming this Feb 2021 Apple Music and more: Type in: JasonNeville

Click the Link to watch the Saints Pre game show performance at the end after the huddle!

The band is performing: The new single
Buy the EP http://www

Jason Neville FunkySoul Band was formed in 2016 and was the remnant of  The very popular  “Jason Neville Band”.  The original band was established in 2015 and was a very popular cover band. The band added New Orleans Flavor and Funk to increase it’s visibility.

Once the FunkySoul Band was created,  they added originals. The single “Be Myself” was considered a limited edition and sold out 2 months after it’s release date. The group is independently managed.

They do everything Independently and currently have current tunes available on iTunes, but they have created a new cd in 5/2021 that caters to the traditional funky sound of New Orleans tithed: “Funk with me” dedicated to the city that paved the way. “New Orleans”

Written and  produced by the Band.

The Band Leader is from one of the most Famous Families in New Orleans. Jason Neville is the son of Mr. Aaron Neville.

His vocals are phenomenal!

Unlike the family traditions, Jason ventured off into a different yet similar Genre of music.

He wanted the Heart and Soul of his families music but he also wanted the R&B and Pop Culture to Spill over into his creations.

To give his band a new fun sound, he changed the dynamics of the normal Neville all male bands and hooked up with “Lirette Neville” also known as 1st Lady of Funk. She is the daughter of Legendary Jazz Drummer “Sullivan Dabney” and she added the hip hop rap flavor, sweet vocals and a fun percussion performance that made the group even more popular. She too was a funky performer. Lirette was a local Star during an era when HipHop in New Orleans was starting to expand. She is on a long list of great female rappers from New Orleans.

Together they lead the only “LiveMix Band” in New Orleans. The term “LiveMix” means they mix the music genre in the show. It’s fabulous! Fans get it all!

You can find them performing with: Ben Parker on guitar, Maurice Toussaint aka Mo Keys on keyboard, Lawrence Ussin aka “The Funky One” on bass , Phil Armand aka Juice on drums and the funk horn guest

These guys can be seen at many clubs in Nola and on other States.

They play at “The Yard” a very popular venue on Frenchmen St. Every Thursday and Friday. They perform Tipitinas yearly for a major event and have previously had residency at LeBon Temps in Uptown New Orleans and Monkey Board Rooftop in Downtown Nola.

The Band was a  Headliner for the 2018 Texas Jazz & Heritage Festival and other festivals around the world and were invited back on 2019, but a conflict on scheduling prevented that performance.

In 2020 they were scheduled perform “Congo Square” in New Orleans Jazz & Heritage Festival. They also perform at man

Due to the pandemic, the Jazzfest performance was rescheduled!

During the Carnival season in Nola, you can catch them performing at every Tucks After Party during and in 2019 they performed & rode the “Popular “Funky Uncle Float with N.O own Leo Nocentelli of the “Meters” & “Soul Project”.

When fans are searching for: fun, energy, excitement and  a real Funky Good time, they know where to go!

JasonNeville FunkySoul Band will bring the Heat in the coldest temperatures🔥🔥🔥🔥

Jason was Nominated as one of New Orleans top 10 Vocalist!

I find inspiration all around me.  I try to make my music representative of myself and my generation. I love the places that most people don't give a second glance.

Sign up to hear upcoming shows, albums, and events.